Past glories of UK-Japanese trade: Yaohan 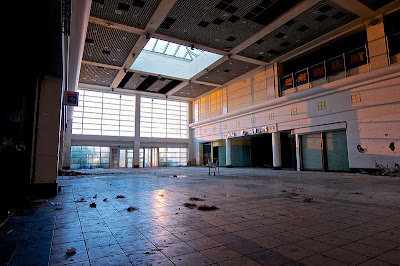 On the ley line of the Edgware Road, lies Colindale. Not far from Brent Cross, the crossroads that in the early 1970s gave birth to the first purpose-built shopping centre in Britain. In the early 1990s, as the economic bubble sagged in native Japan, one of its pioneering businesses, Yaohan, opened a shopping centre of its own, in Colindale. More reasonably priced than other Japanese outlets in London's West End, it was a small oasis standing proud of the huddle of car showrooms. There were several restaurants, the ubiquitous sushi, but also okonomiyaki and other more down-home fare. There was a micro version of a 100 yen shop, seasonal entertainments, a games room and most usefully, a huge Japanese supermarket.

Sadly, the Yaohan empire crumbled under the strain of too much global expansion and accumulated debt. One of Japan's greatest post-war miracles was over. The faceless block was taken over fairly swiftly by Oriental City, possibly a more democratic view of pan-Asian cuisine, commerce and culture, but the quality was never the same. It was closely followed by China City, which also faltered. Now it awaits the predictable fate of being turned into apartments.

Japonica
London, United Kingdom
Old Japanese music and so on